1. Control and occupy the center. You can go to more places from the center than you can from the edges. 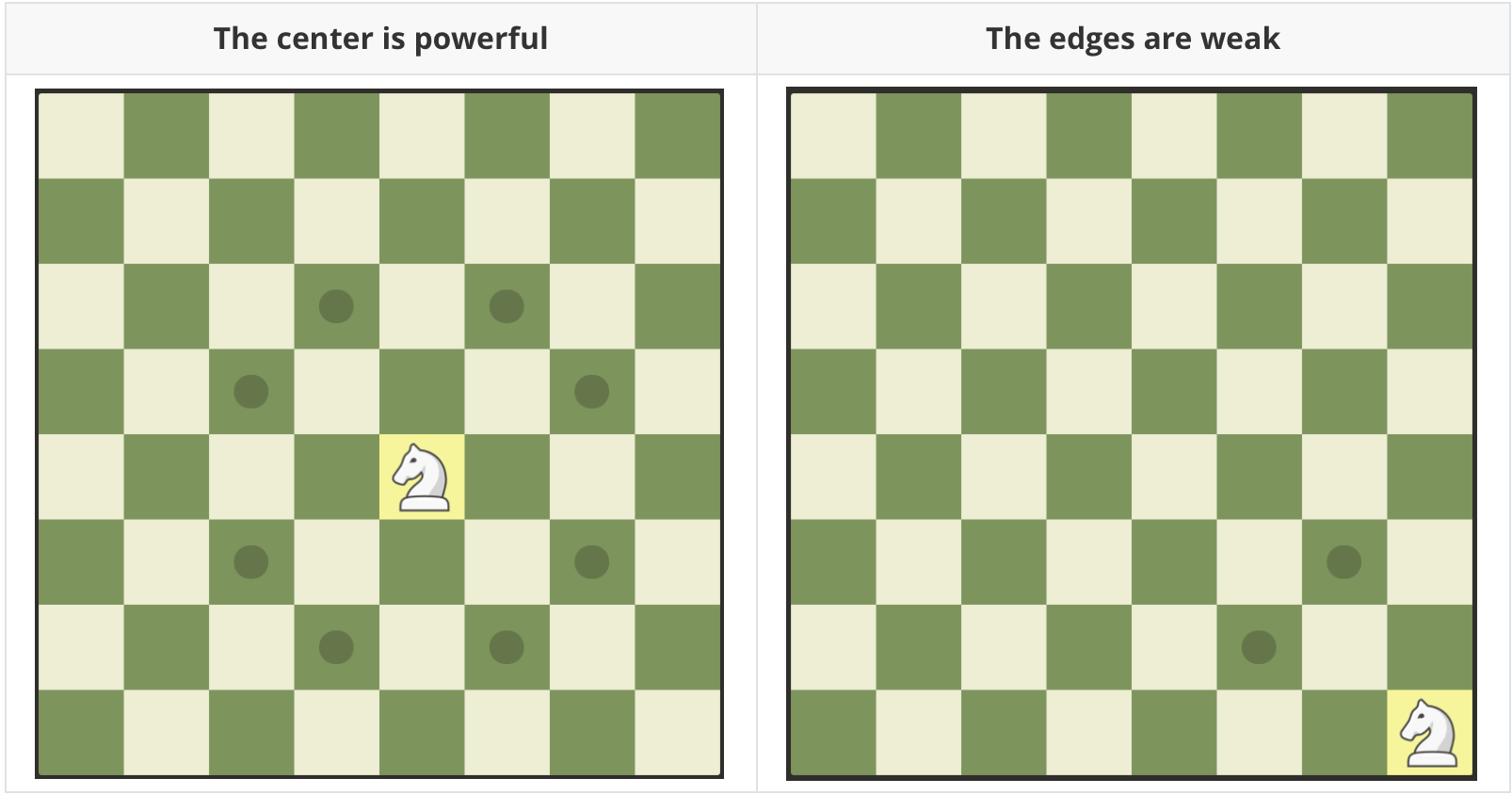 2. In your first 10 moves or so, try not to move the same piece twice.

3. Start by developing your minor pieces (your knights and bishops), but don’t send them too far afield. A good position to aim for might look like this: 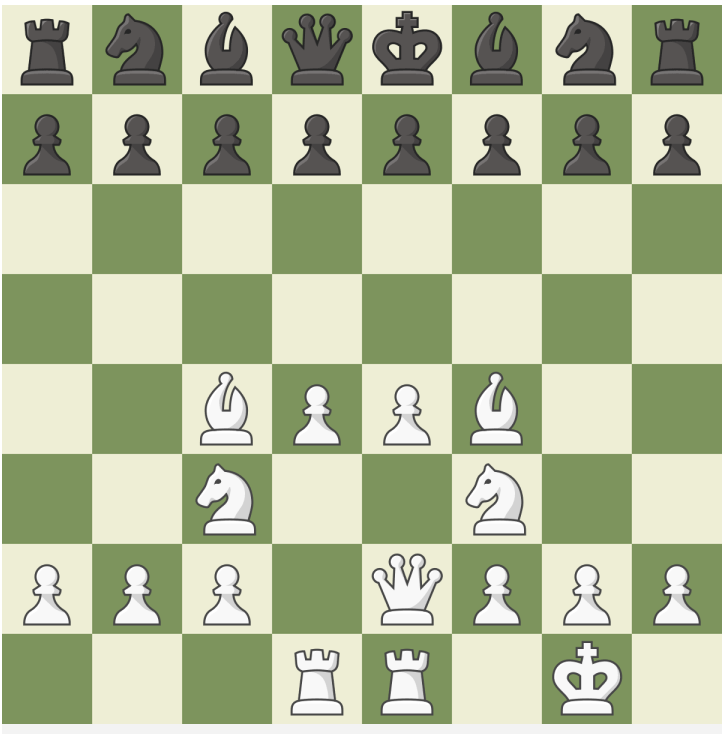 4. Castle early. Ideally before your tenth move, but in general the sooner the better. This has two advantages: it stows your king away safely in the corner, and it connects your rooks.

5. Connect your rooks: create a straight open line between them. This allows them to protect each other; if one gets captured, the other can recapture to make up the loss.

6. Don’t double up your pawns. This prevents them from protecting each other, and means that the one behind can’t advance until the one ahead does. 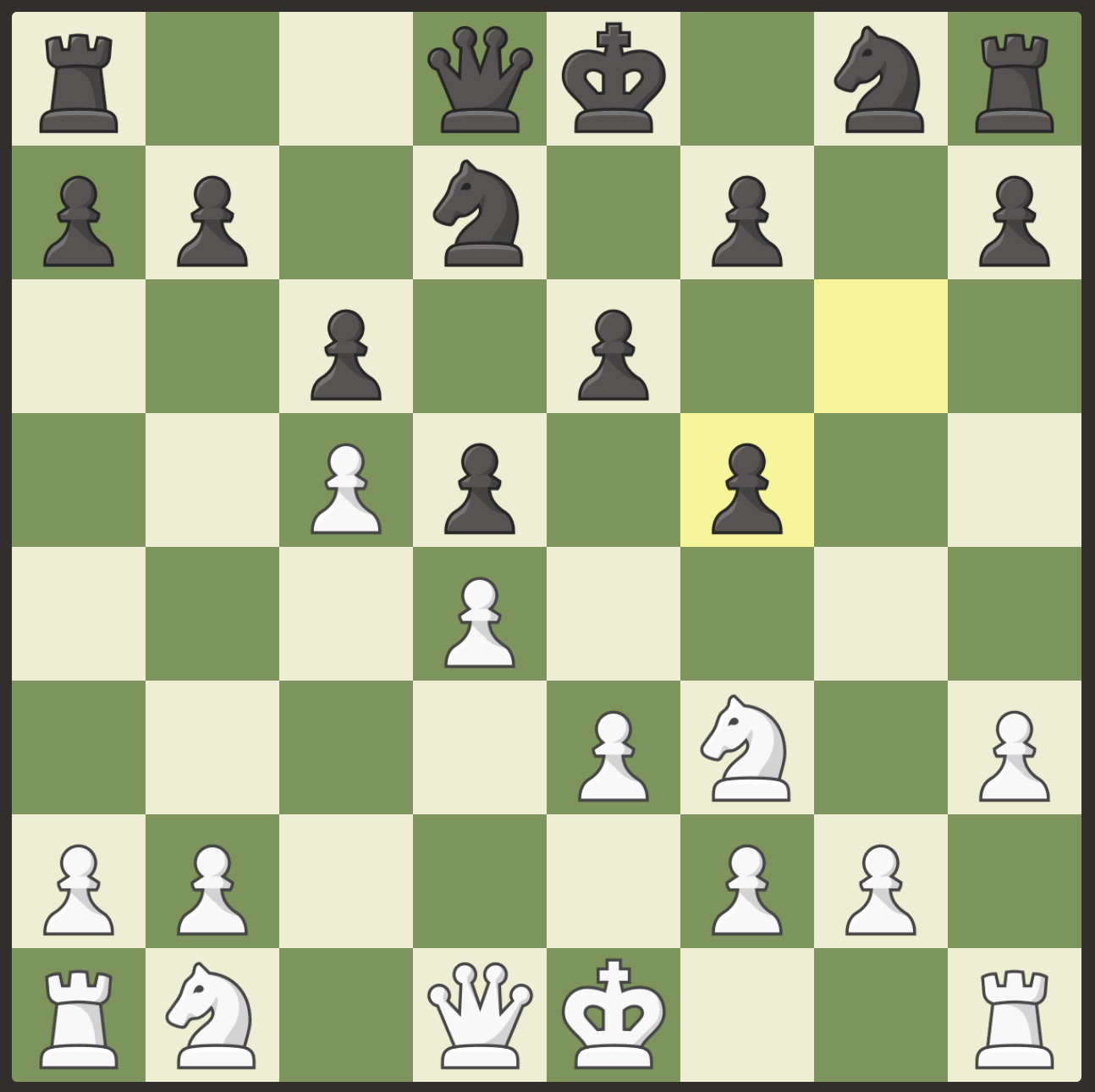 7. Don’t leave your pieces undefended. Let’s look back at the position from tip #3. White has two pieces that are undefended, i.e. if black were to capture them, white couldn’t recapture on those square. Can you spot them? 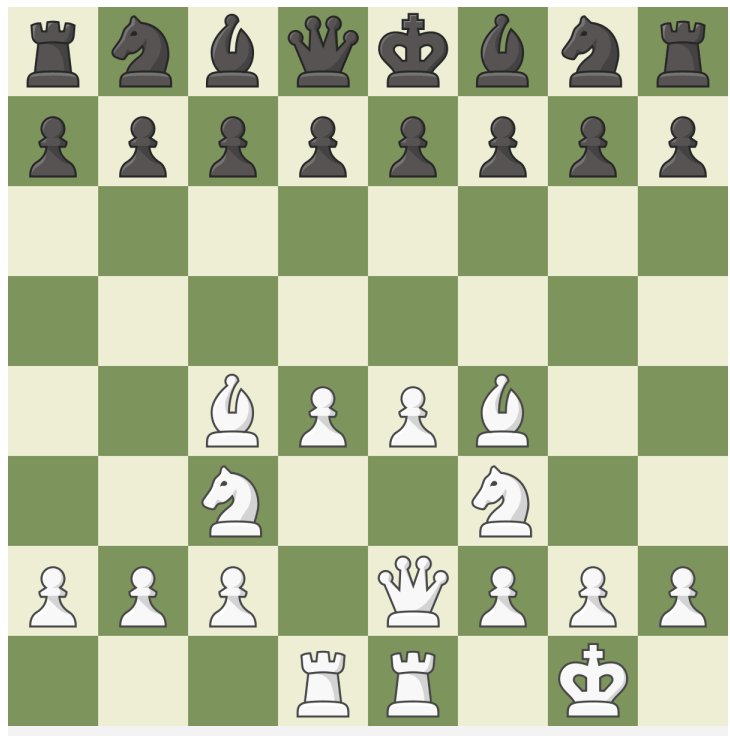 8. Always look for check. If it’s available, it is almost always your best move, for the simple reason that it drastically limits your opponent’s options.

10. When you’re winning, initiate trades. A small advantage in the mid-game will become a large advantage on the endgame. When you’re losing, avoid trades. You want to keep the board as complex as possible for your opponent to avoid letting their advantage compound.

11. If you can plant a minor piece in your opponent’s territory such that it’s defended by one of your pawns and can’t be threatened by any of their pawns, it can be a tremendous thorn in their side. 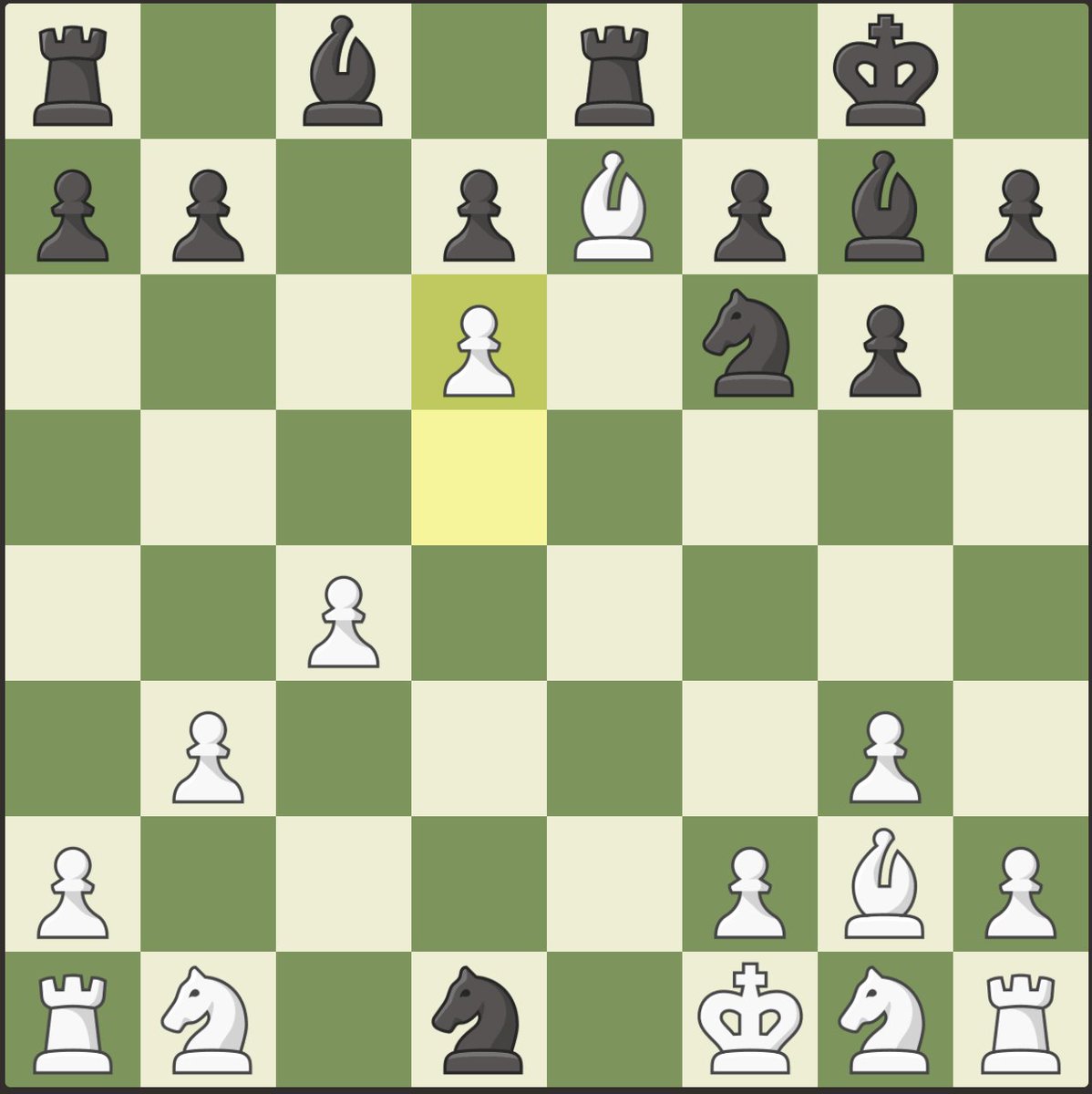 12. When the two players have castled on opposite sides, the game becomes a race to get as many pieces as possible close to the other player’s king. I don’t know why it works like this, but it does. Don’t lose the race! 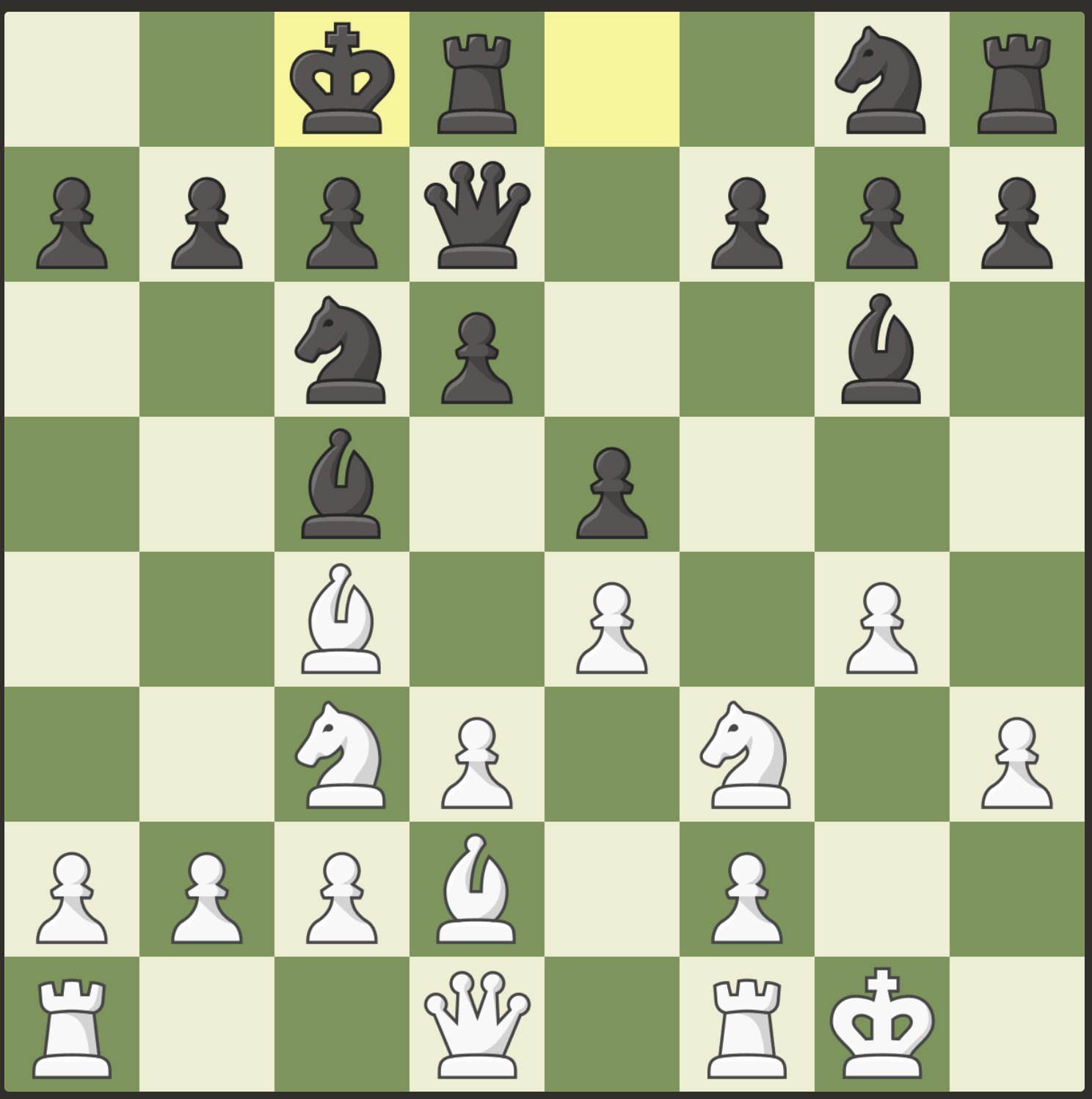 13. In general, try to advance your C pawn before advancing your queenside knight. In the position below, black is going to have a hard time advancing their C pawn, which will block in their queen and generally stifle their development. 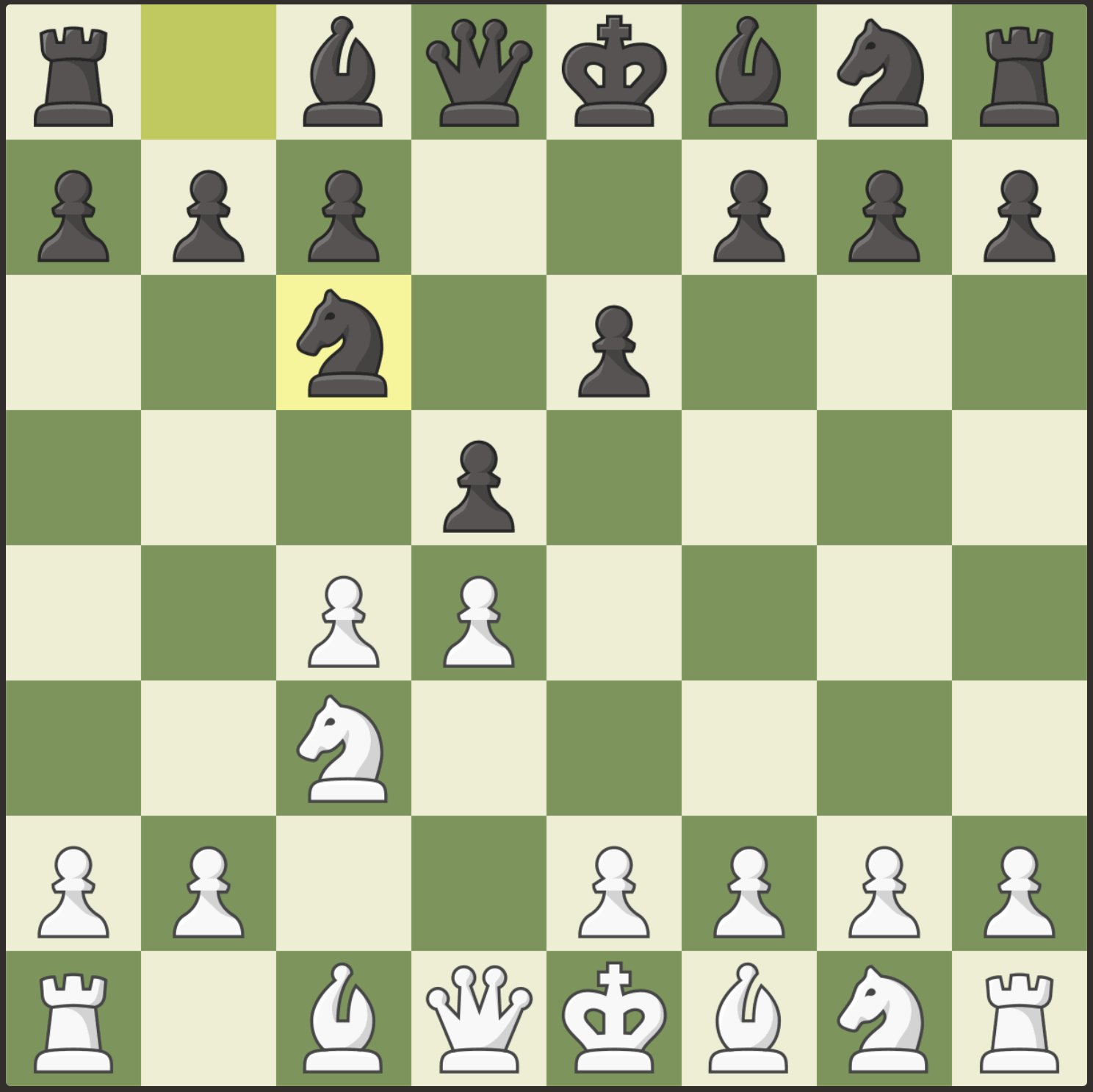 14. It often seems to work well to push your H pawn so as to disrupt your opponent’s king’s pawn fortress. 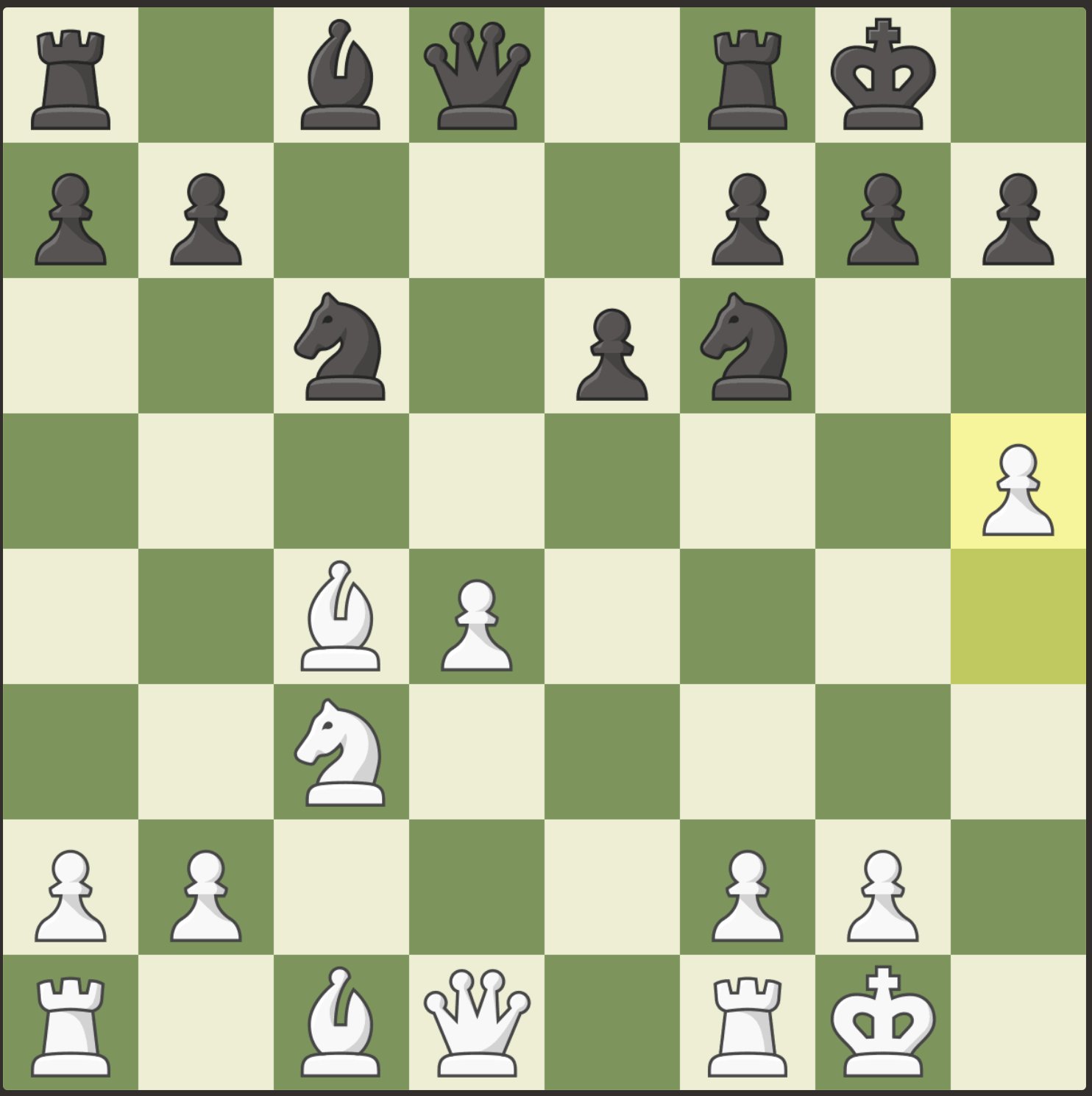 15. Coordinate your knights so that they can protect each other. (This is similar to tip #5, i.e. connect your rooks.) 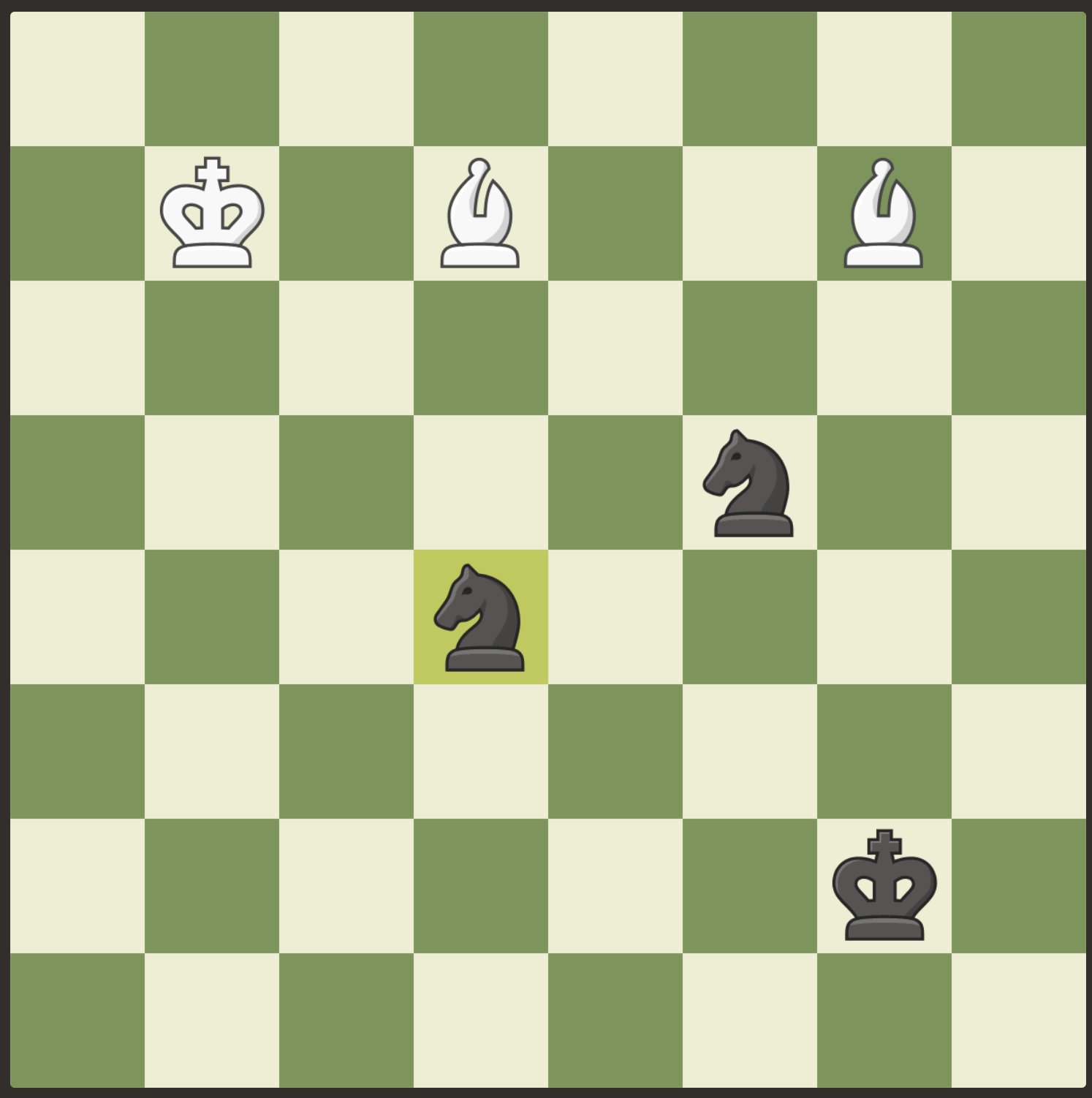 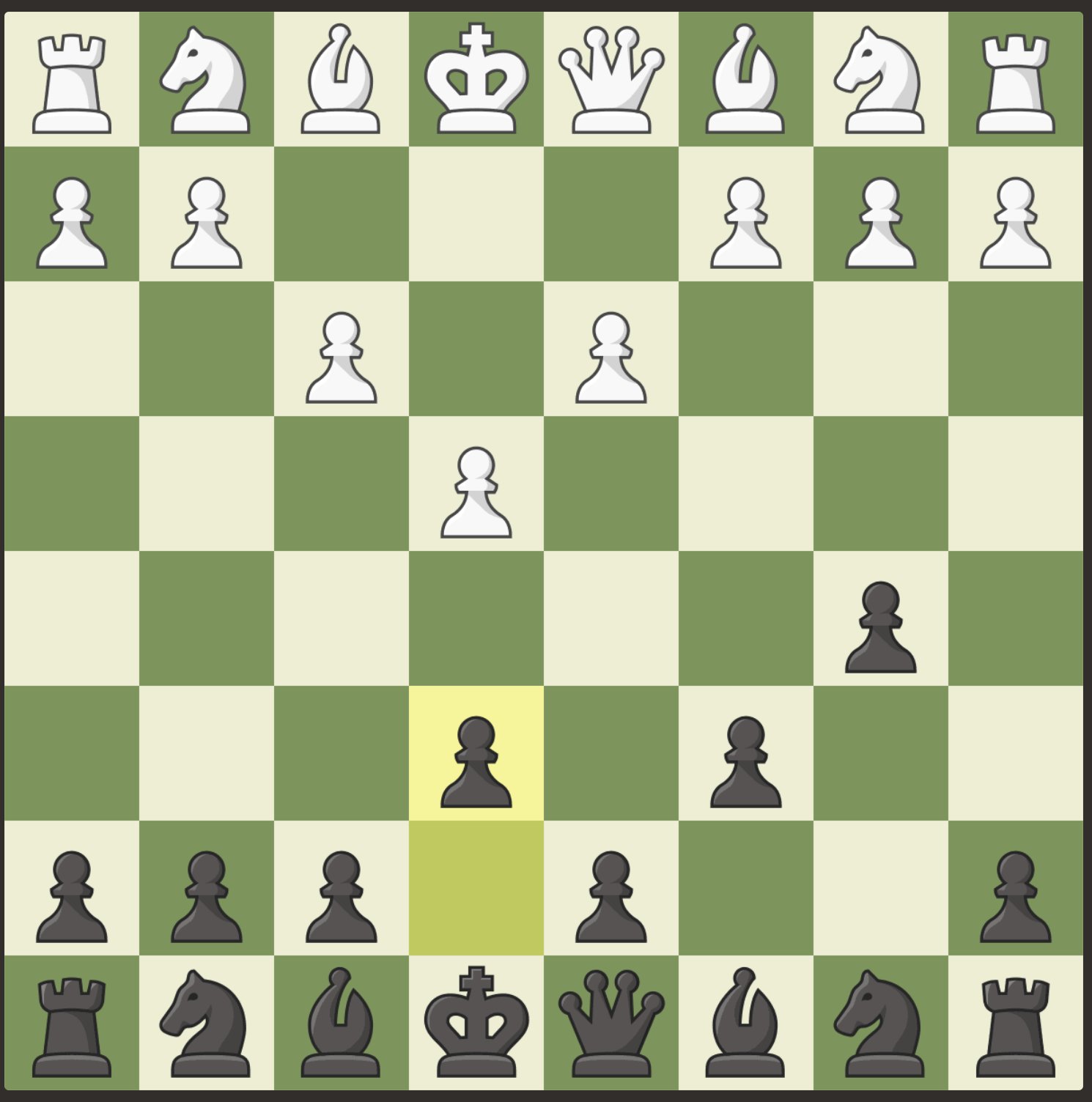